Once upon a time the human mind was as simple as that of a child. It was not full of language, concepts and information. It was not constantly troubled and faced with ever mounting responsibilities.. When we sat down in stillness we easily slipped into the dark emptiness of dreamtime, where we could hear the voices and see visions of elemental spirits, faerie folk, ancestors and deities. We slipped into a place between the worlds and never doubted that the cycle of life and death was an eternal one and that as creatures of the universe we were loved and taken care of.

Gradually over the centuries the development of language, laws and culture filled the human mind with thought, fear and worry, cutting us off from the eternal part of ourselves.  We went to church and temple to reconnect to that part of ourselves,  to the spirit, the eternal. We named this part of existence sacred, and  access to it became conditional on obeying certain rules and conditions.

When the Europeans arrived in the Americas they found a native culture that deeply honoured the immanence of spirit in creation. The minds of the Indians were not polluted by indoctrinated beliefs and fear of hell, they knew themselves to be enjoying the splendour of Great Spirit in their happy hunting grounds. Their simplicity kept them in touch with nature and the spirit world. Certain members of the tribe were born into the role of medicine men who communicated with the spirit levels. These special ones were cared for by the rest of the tribe. They were very offensive to the Europeans because they embodied both male and female nature and because they took lovers of the same sex. These shaman souls became known as the Berdache, a French word for a passive homosexual lover, this term was only replaced recently, in the 1990s, by Two Spirit.

Will Roscoe on Two Spirits:  http://plainshumanities.unl.edu/encyclopedia/doc/egp.gen.004

The Europeans did their worst: they set about destroying the spiritual connection of the tribes by attacking the Two Spirited via the homophobic teachings of the Christian religion, and poisoning the minds of the native peoples with alcohol. But the ancient power of the tribal peoples of the world can not be destroyed. It is rising again as native wisdom is revived and explored and as the shamanic souls of the modern world wake up to who they are.

It’s not only the minds and souls of the Native peoples that were poisoned and polluted. The same treatment is handed out to the whole world to this very day. We are all permitted alcohol but denied other substances (generally it would seem this is because those other substances might wake us up to the mass delusion, to the mind control going on) . If there has been an effort to confuse everybody about ‘the meaning of life’, about god and spirit, about the evolution of consciousness, in recent decades/centuries, it has been very successful. Most people are content to zone out to mass entertainment and be held in a state of fear by mass media rather than tackle the big questions of life, rather than turn inside and journey in their own souls. Society is crippled and heading to disaster because of our loss of connection to Soul and Source.

The souls that incarnate to be carers, healers and mystical bridges to the other worlds are not recognised in modern westernised culture. Those that have this calling have to wake up and discover it within ourselves. The symptoms of awakening can be mistaken as mental disease and medicated away. Some of the awakeners are caught up in drug subcultures, medicating themselves into altered states with little or no grasp of the powerful spiritual energy they are handling, that they were born to handle. Whether those caught up in drug crazes will be able to step out of them and into a life channelling the spirit directly without resorting to soul destroying enhancement is questionable. What is urgently needed in order to prevent more and more slipping into the vortex is a growth in spiritual/shamanic awareness in the whole of society, and crucially amongst such groups as those on the gay sex party scene, where massive harm is occurring…. and also of course where the greatest highs are occurring (so many are therefore being attracted to this chemical flame) as these shamanic souls open up their energy fields to experience bliss, unaware this is the sacred, eternal, ecstatic soul they are switching on, the one we lost touch with when we lost the ability to sit in stillness and feel the presence of spirit.

Suddenly the minds of the world are focussed. Tragedy in France reveals and drives home how many tragedies are going on in other parts of the world all the time. We all deserve to live in peace and to pursue love and self-discovery. Surely most of us know this? But humans are still blowing each other up in the name of their Gods. Their ignorance has brought human history to a massive crisis point. Is war and devastation the only way forward? Have we not learnt anything from the last century? Will we have mass hysteria or could massive awakening and reconciliation actually be possible?

There is a rainbow awakening happening on this planet. The voices calling for peace and understanding of our innate Oneness are getting louder. They exist in all religions, and outside institutionalised faith. They exist in all races, all nations, in all walks of life. They are the voices of the ONE RAINBOW NATION OF HUMANITY. They are remembering the ancient ways of connection, of respect and honouring all life, of love. Our prayers are powerful.  We achieve peace on earth by deeply embodying it in our own energy fields, we get to this by releasing all our darkness, fear and pain, by becoming once again the innocent, divine children of  Creation, living in trust, in harmony, in the flow with Nature Herself.  To release all that we need to deeply pray… we may also need to scream and shout and cry….. This is the Time 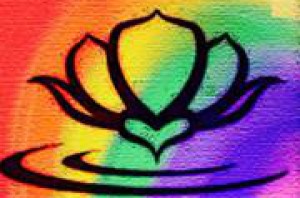 Divine Light
One Source
Creative Force
We call to you in this time of grieving.
We call to you from a world shattered and violated.
In this moment of darkness we seek Your Light.
In this moment of chaos we reach for Your Peace.
In this moment of fear we call upon Your Love.
Help us accept the unknown and the unknowable.
Help us trust there is a reason and a purpose in these moments that defy our Human understanding.
Connect us with the Light of Love so we may illuminate the darkness.
Remind us of the power of Love to bring wholeness to the broken shards of our Consciousness.
Teach us how to return to Oneness.
Show us the way home.
Bring healing and peace to all those who are hurting.
Bring healing and peace to the parts of me that are hurting.
Thank you.
Thank you.
Thank you.