“SHAPED INTO A HUMAN BEING….

A COMPLEX PATTERN OF ENERGY

OF WHAT I AM ALWAYS AND ALWAYS WILL BE

I KNOW THIS CONCEPTUALLY LIKE AN OCEAN AS WATER IN MOTION, NOT AN ILLUSION OF A WAVE BEING SEPERATE FORM THE OCEAN

MAYBE WE ARE ALL THE OCEAN

WE ARE ALL ONE

YOU ARE WHO YOU HAVE BEEN WAITING FOR” 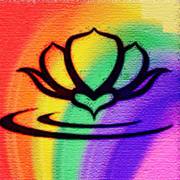 SHOKTI ON ENLIGHTENMENT AND AWAKENING

When I experienced a sudden, mind-exploding wake-up call from the Goddess in the mid-1990s it was like coming round from a monochrome, idiotic dream and finding myself in a reality of technicolour, limitless, divine potential.  From being closed to spiritual notions since teenage years, I now willingly opened my mind to the notion of Enlightenment – and set my sights on achieving it, figuring I might as well since AIDS was taking over my body and pushing me fast towards death.  I experienced a long period of heightened energies, rapid insights and revelations, entering frequently into excited states of ecstatic delight as i adventured within the multi-layered worlds of Spirit that were suddenly coming into my awareness.

I searched for explanations of the psychic and mystical phenomena happening to me daily in books about Witchcraft and Kabbalah, Buddhism and the Tao, and went on from there to explore mystical teachings from throughout human history.  Three principle notions took hold in me at that time – that consciousness is a singularity, somewhat like an ocean, in which we are the waves; that it is possible to navigate that ocean with a skilful, informed mental approach; and that Love is the key within us to unlock the doors to the multi-dimensional realities of our own souls and bring us into harmonious relationship with life, with the Singularity.

The Singularity has been misleadingly personified in human cultures as a God figure, but which teachers from ancient times onwards have always been telling us, is something way beyond the scope of our human minds to comprehend – it is useful to personify it as God to make it easier to relate to, to open our hearts to, which we can do while still recognising there is so much more to the divine mystery, the divine presence – a huge joy at being alive in fact comes from the discovery and celebration of That, from exploring Who We Are, what consciousness is, what love is.  These are things that move our souls, but not the things modern society encourages us to believe in.

In 1995, with a T-cell count already well below 100, this journey into a new spiritual awareness began – I felt invisible hands guiding me, heard voices speaking to me, saw visions and received a sense that I was in a 5-year process, feeling that meant I would either die or become enlightened at the end of that time.

5 years later I had turned the corner physically.   The nadir of my AIDS period came in 1997-8, when I had severe KS and PCP, but new drugs changed the story and by 2000 I was working out how to re-enter the world after my five year cocoon time of internal transformation.  My understanding of life had entirely changed during these dark years, through study, meditation and teaching received direct from the spirit world.  As I was returning to life from the AIDS abyss I affirmed that I was committing myself to a path of ongoing Self-discovery and service to the spiritual evolution of humanity by visiting two Divine Mother avatars – Mother Meera in Germany and the Mother of Immortal Bliss, Amma (Mata Amritanandamayi) in Kerala.  Both seemed to recognise the transformative journey I was on,  and the idea formed in my mind that the most likely future for me was to join their ascetic, disciplined, bands of servants and followers.

Then I went to a gathering of 100 queer folk who celebrate nature spirituality… Queer Pagan Camp.  Here I met incredible people who celebrated the Divine Feminine and Masculine in ways that resonated deeply in my soul and took me to the same places of devotion, light and magic that I experienced with the Hindu Mothers and during my solo journey with Spirit.  I met the Spirit in that field in Dorset, many times in fact over the following years, and it showed me that it is here amongst the beautiful, crazy queer spirits of Britain and Europe that I belong, not in monasteries.  Spirit showed me that it is a holy and beautiful thing to be a free spirit existing in the world spreading love, joy and awareness – showed me that I did not belong, could not thrive, within rule based, monastic communities.  Showed me Light is needed, and designed to be shone, everywhere.

In that summer meadow I felt my 5-year journey coming to its conclusion.  I felt full of light.  I had awoken to the spirit realms in a dramatic fashion in 1995 then pursued the goal of awareness with ardour.  The goal of Enlightenment.  But at this point in the summer of 2000 I dropped the notion of any such goal forever.  I had come to see enlightenment as a constantly evolving, ongoing, ever changing process, not a fixed, stable point to be achieved through whatever rigours and self-denials.  The celebration of the Wholeness of Life took centre stage in my vision.  Awakening to the cycles, flows, ups and downs, potential and possibilities of the infinite, immanent, miracle that is consciousness – that is the real enlightenment.  Times of self-denial might help us get there, so can times of indulgence and excess.  Meditation practices and shared time in community that recognises spirit are essential.  Whatever path we are walking in life, the possibility of Awakening to the deeper rhythms, rhymes and reasons is always there for us.  The profound reality of Spirit is the reality of What We Are.

And when we are awake then comes the time to celebrate.

Celebrate the Goddess, She is Infinite Energy

Celebrate the God, He is Infinite Consciousness

Celebrate Nature, it is Divine, it teaches us the Way

The seasonal cycles, moon and planetary cycles lead us along the Path

Ancestral Voices guide us, Animal Spirits live within us

We are the One Being the Many

“SHAPED INTO A HUMAN BEING….

A COMPLEX PATTERN OF ENERGY

OF WHAT I AM ALWAYS AND ALWAYS WILL BE”

Bright Daffodil and Shokti will be celebrating at Queer Spirit Festival August 17-21, 2016 http://www.queerspirit.net