Skip to content
BELTANE SEASON IS IN FULL SWING
after a slow start…. May 1st this year came as the Moon was waning in Pisces.  Rather than the surging, uplifting, wild, free and connecting energies associated with Beltane the whole world was experiencing a pull inwards.  The Moon in Pisces provided a collective spirit in tune with the Wholeness, a water based frequency calling for surrender, introspection, forgiveness, healing.
.
For several days from May 1st the introspective journey continued as the Moon went into darkness and then rebirth in Taurus the following weekend.  This was the universe offering us the chance to let it all go… to release as much fear, shame, darkness, gloom out of our soul bodies as we possibly could.  As we get more confident and light-filled on the path to Self it becomes easier, more natural, to use these dark moon periods to slough off old skins, dead energy, ready to be open and clear inwardly to receive the purity and potential that the New Moon  brings.  For some this period may have revealed how strongly they hold on to things, especially emotions and fears, that limit potential and hinder growth.
.
Taurus New Moon brought the real start of the Belane season.  The period from the Scorpio Full Moon in late April until New Moon on May 7th was pre-Beltane, a drawn out period of inner clearing.  Much shit may have got shaken up.   But the rebirth is here, and it is very physical.  Taurus New Moon switches on our relationship with the body… and with other’s bodies… inviting us to explore and enjoy embodiment, sensuality, sexuality, pleasures olfactory, gustatory and so on.
.
Jupiter just ended its retrograde last Monday and it’s expansive powers (currently boosting Virgo energy in the world… the drive to improve life, make things better) are released. The sense of holding back, of a long drawn out dark half of the year, vanished and as we wake up, all around us here in the UK the natural life of the planet is singing the praises of a magnificent spring full of colour and passion. The world is awakening.
There is more to come… Beltane energies are building and building.  There is a full moon coming at the weekend (May 21st) that shoots us like an arrow from the earthy Beltane spirit into psychedelic cosmic mind energy, as Sun arrives in air Gemini and Moon arrives already plump and poised for fullness into fire Sagittarius.
***** 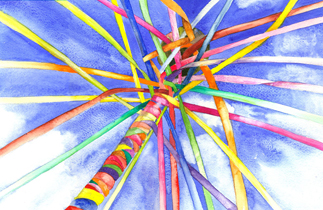 Spring brings Awakening, but how do we stay awake and not fall back into gloom at the state of life on earth?  Firstly, to truly have a chance to be healthy and in good state of mind we need to be anchored to the core unity of life and consciousness, in whatever form we feel our soul best knows that core. For some this will mean a relationship with the earth mother, for others with a sky god – or the other way round, the earth father (The Horned One: Pan, Cernunnos), the sky mother (eg as Quan Yin, wisdom has often been depicted in the world’s mythologies and religions as feminine). Some feel a relationship with the Wholeness requires no personfication at all.. but the key is relationship. The Sky God’s followers have had it all their own way for far too long.  But those who encourage us to have no anchor at all, to see life as a random and meaningless experience are the ones spreading most darkness and chaos in the world, all nicely disguised as ‘reason and rationalism.’
.
Secondly, we need to become aware of and aligned to the cycles of nature and consciousness that are constantly affecting us.  Knowing the core unity of life gets us half way there – it gives us strength, but we exist in an ocean of consciousness and light that is constantly shifting and changing.  Core unity and stability can only be held on to if we learn to steer our ship through the seas.  The stars are there to help us with this internal navigation just as much as they have helped sailors in boats throughout time.
.
1000 years of the Church attacking and banning astrology as the work of the devil laid the groundwork for rational materialist science to deny the validity of the study of the stars.  The consequence is that many spiritual people today are not realising that astrology is a wisdom science that evolved over aeons and has crucial contribution to make to our evolution today.  Once the unity of life and consciousness is embraced however, the patterns within life should become more easily recognisable.  Since All is One how could the stars and planets NOT be reflecting what is happening down here on the planet.  As Above, So Below… the ancients worked it out a long time ago.
.
The Sun travels through three cycles of the four elements every year, in the order FIRE EARTH AIR WATER. For a month at a time each of these elemental forces is dominating in the ‘background energy field’, the spirit, of our experience. The Moon’s progress through the zodiac plane of the sky follows the same pattern, but completes three cycles in a month, and 12 to 13 cycles per solar year. Every 2.5 days the background spirit coming from the lunar frequency shifts from fire to earth to air to water. Each lunar month has two  weeks of expanding and two of contracting moon energies – these affect our emotional and spiritual bodies intensively.
.
However spiritually directed our lives become, until we attune ourselves to the cycles of nature and enter into the dance of life consciously we will frequently find ourselves bashed, batttered and buggered by the tidal waves, eruptions, storms of consciousness that are hitting humanity on individual and collective levels so intensely all the time. Attunement is much simpler than most people think, but it does take time. Each year journeying around the sun offers the chance to gain insights into how life works, to get to know ourselves better and more deeply. The Sun and the Moon were worshipped by the ancients because they not only gave physical light.. they taught the secrets of life. People also listened to the earth, had their minds opened by magical plants and experienced their integral unity with all life. Today most of the world has been convinced to stop listening to the Mother, to see her as a resource, and to no longer anchor themselves to any sacred point of unity in the consciousness. The result is chaos – in the human spirit, in our communities, in the environment.
.
The power to rise above chaos into divine love is in the hands of humanity.  The Beltane Full Moon on May 21st takes the accumulated energy of an intense month of soul work undertaken by many across the planet who are stepping aside from the traditional modes of conflict and division that have humanity crippled and the planet bleeding, into a more conscious community life, and sends it into the collecrive consciousness with the power of the Sagittarian centaur’s arrow.  Our prayers and rituals can influence the whole.  Beltane celebrates the REUNION of spirit and matter, the return of abundance, the holiness of all life, of the body, of sexuality.  The power to rise above chaos into divine love is the hands, the hearts, and the holy sexuality, of humanity.
. 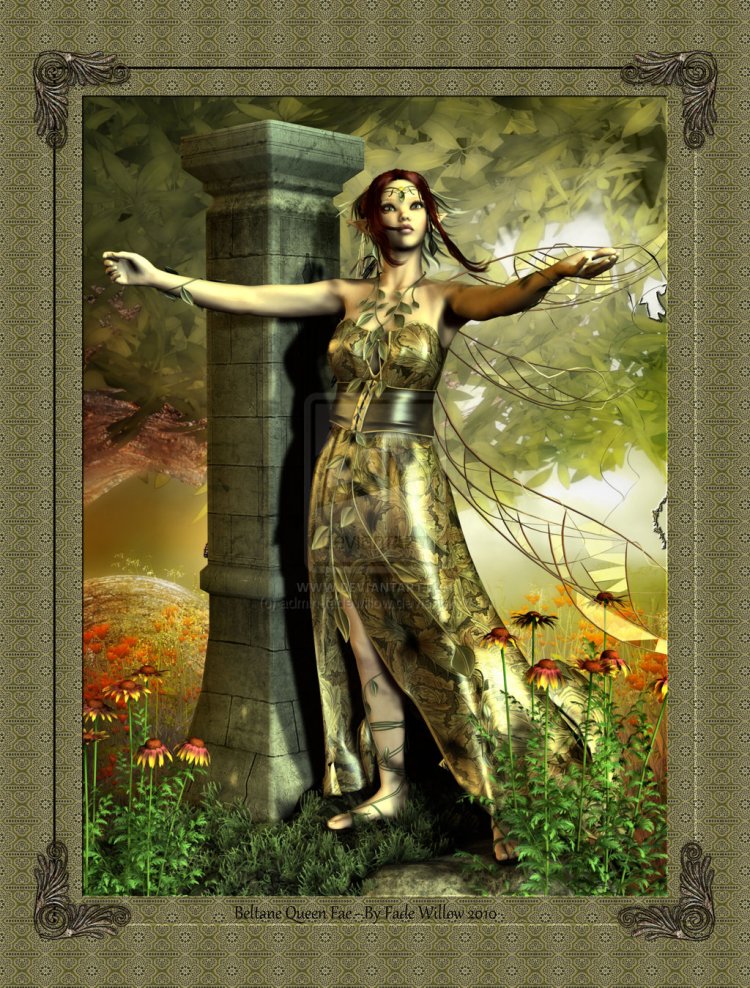