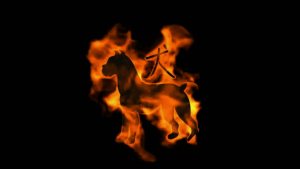 Hillary is a Scorpio Fire Pig… primal animal SQUID:
“They are highly capable, intelligent individuals who seem to know everything. Generally good natured, they also have a hidden inner dark side which resides deep within themselves. The sheer power and self-control they hold inside radiates out to others and can even scare people away.” 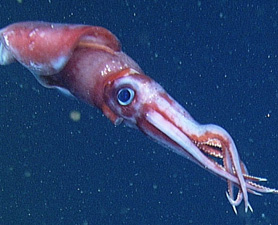 Donald is Gemini Fire Dog… primal animal DEER:
“Deers are very intelligent and quick witted. A fast-moving mind in combination with an inclination for anxiety can be a dangerous cocktail, and when taken to the extreme can turn overly stressed Deers into conspiracy theorists and paranoid neurotics.” 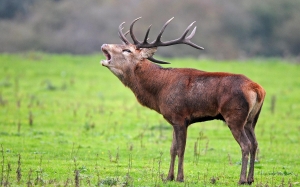 Barack Obama is a Leo Metal Ox, which in the Primal zodiac comes out as a SUN BEAR

“Those born under the sign of the Sun Bear are something of a contradiction. On one hand they are funny, outgoing, warm, and upbeat, but just as often are serious, overly hard-working, determined, and even stubborn. They are excellent in social situations, able to charm with ease and speak with great authority. Sun Bears are natural leaders who command the respect of even their most bitter of detractors…. This is an optimistic sign that believes that what you give will be returned to you, so for the most part they try to stay positive at all times. Showing weakness is not part of their nature, so don’t expect them to back down from a challenge.”

In the 2012 election he defeated Pisces Fire Pig Mitt Romney, a Zebra, and back in 2008 he won against Virgo Fire Rat John McCain, a Mouse.  (His infamous running mate Sarah Palin is an Aquarius Water Rabbit, which gives us a Sloth!)

Going back in time now…

George Bush Jnr. Cancer Fire Dog = Pit Bull   “will fight to the death to defend its friends and family with relentless vigor. They believe strongly in justice and fairness”

Bill Clinton.  Leo Fire Dog = Shih Tzu  “playful and funny and people truly enjoy being in their presence. They can also be controlling and demanding”

George Bush Snr. Gemini Wood Rat = Chipmunk  “restless, self-reliant, and expressive. They value honesty and integrity in others… tend to be opinionated and like to gossip about others, but simultaneously have a deep fear of being judged by others.”

Ronald Reagan. Aquarius Metal Pig = Pufferfish “intelligent, insightful, kind, helpful, and well-liked. They can easily be taken advantage of though, and they tend to go along with any plan as long as they believe they are doing good. The only time they become truly dangerous, though, is when they realize they have been pushed too far.”

Jimmy Carter.  Libra Wood Rat = Vulture “Charming, friendly, and intelligent..idealists at their core..endlessly ambitious and want to live the perfect life. They not only have big dreams, but big expectations from life.”

Gerald Ford. Cancer Water Ox = Black Bear “hard working and capable..need to be in control of every situation that affects them.”

Richard Nixon. Capricorn Water Rat = Aadvark “Independent, ambitious, and always on the move..have a burning desire deep inside of themselves to survive and to conquer.”

Lyndon Johnson.  Virgo Earth Monkey = Penguin “humanitarian leaning..idealism is what makes them who they are”

John F Kennedy. Gemini Fire Snake = Lemur “Lemurs know how to express themselves. Their grasp of language is second to none and they can use this to get what they want in life.”

Summary:  Since Kennedy, the USA has had 3 Fire spirit Presidents, 2 of whom were Fire Dogs (Bill Clinton and Bush Jnr). Earth Wood and Water presidents haven’t shown staying power, only Metal spirits have effectively withstood the reign of Fire (Reagan, Obama).

Trump is another Fire Dog. Despite his shortcomings he has retained a high level of support – people like dogs. They are often less keen on pigs: Hillary Clinton’s Fire Pig Scorpio spirit frightens many. Although for sure as a Fire Pig she could make a competent and strong leader, she is somehow unfathomable and struggling to touch the hearts of a large percentage of the American nation, while Trump’s dog continually barks nonsense – sparking outrage and rejoicing in equal measure. People like dogs, some actually prefer the dangerous ones.  Fire Dog versus Fire Pig is not a pretty battle.