And which still existed amongst the tribes of Israel

And male shrine prostitutes, the Qedesha, which means The Holy or Consecrated Ones

But which was translated in the King James Bible simply as sodomites.

Sodomy is about pleasure

Pleasure is the principle of the divine feminine

Receptive receiving the potency of the masculine

It does not matter what gender our body might appear

We are all a mix of feminine, masculine and more

Sodomy opens the backgates  to Heaven

Which as Jesus said is found inside

Those who receive the fist know this best 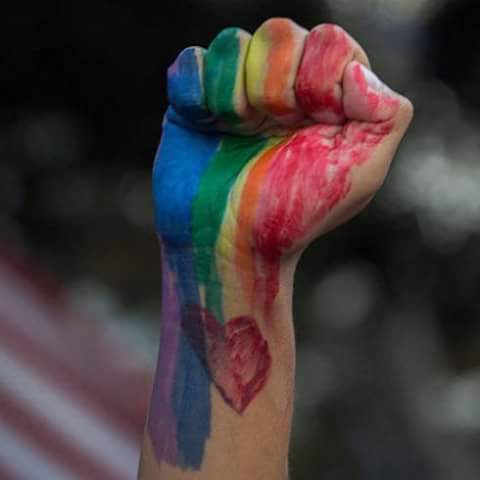 Throughout ancient Europe the spiritual work was performed by women, feminine men and transgendered people.

Ergi was the word for the femininsed shamans of Scandinavia

But mostly Christianity went about stamping out any traces of the link between male sexual love and the sacred, destroying movements such as the Cathars that accepted it, and wiping out pagan worship, in which it had always featured.  Ancient mythologies all included deities who changed gender, who had same-sex love affairs, who were worshipped in single gender sex cults.

When the Christians went to the Americas they were shocked to find cross dressing gender benders in  same-sex relationships performing  roles as sacred functionaries in the tribes, and sodomy totally accepted as normal, as it was in Africa and the Far East until the Europeans spread their poison.  In China and Japan homosex was even seen as a privilege enjoyed by the monastic classes.  In Africa there are records of powerful  gay male wizards, eg the Quimbanda in Angola

Islam has its own queer history.  Until very recent times Sufi love poetry through centuries reflected the joy of love and intimacy between males.  Rumi, Hafiz are great medieval queer mystics who realised divinity through knowing love with another man

Plato testified to this too.

“Plato’s theory of love is fleshed out in the Phaedrus and the Symposium. Like many Greeks of his era and social position, Plato is most interested in the same-sex desire that can exist between an older and a younger man, but there is no reason to suppose that his theory of love does not also apply to other kinds of erotic relationship. That having been said, Plato distinguishes the kind of love that can give rise to philia from a baser kind of love that is enjoyed by those who are more given to the body than to the soul. Rather than underpin the search for truth, this baser kind of love is almost designed to impede it.

In some parts of the world there are more men exploring their sexual desires for other men more freely, more frequently than ever before

AIDS taught us that unbridled sexuality is dangerous

But sexuality is divine, is holy

It can transform us, uplift us or destroy us

We play with fire when we connect sexually with others

Even more so when we take chemicals too

We shift our consciousness through an act of will

Which is the definition of magic

We are witch souls, shamans, playing our games as we always did

But now there are so many of us

And we have so little idea what we are doing.

Fire is the element that lifts us to Spirit

That sets our souls alight

When we play we are praying

Pumping energy into the world

But if our thoughts are dark

Our prayers come out twisted

We are called Gay

Because we are souls ready for Freedom and Joy

But without an anchor in spirit

Without the spirit of prayer

A man can get lost.

If we look for, recognise and give love to god in each other when we meet

It will be better than Tina, than Mephedrone, than G

It will be the triumphant return of Sodomy

To the Holy Act it was designed to be.

When Bodies unite and Souls unite

We give birth to Light.

Once upon a time, the whole world over, the phallus was revered as a sacred:

3 thoughts on “Sodomy is Prayer”