At certain times and in many places on planet earth, those people who bore both female and male spirit in one body, because they were rare and different, were regarded as holy beings. At certain times and in many places sexual union between people of the same visible gender, because it was only practised by certain people, was also regarded as having magical potential – or seen as the right/privilege of the priestly/shamanic people of the community.

In order to control the spiritual connection, and therefore the will, of the populace, gradually religion was turned into a tool to separate the flesh and spirit. But it was impossible to convince the queers that the body and sex are not divine, so the patriarchal powers turned against the queers, turned us from the Holy Ones to the lowest of the low.

Eg the Qedesha of the Old Testament, whose name ‘Anointed/Holy Ones’ became ‘sodomites’ in the King James Bible (and is generally translated as ‘male shrine prostitutes’ in modern bibles).

Some memory of our true calling stayed with us through the centuries – would arise when queers met to make love, or to create spaces where we could simply be ourselves (as we did increasingly in Europe from the 16th century onwards, despite the threat of the death penalty if we were caught) and of course found expression among the many artists that our queer nature produces.

“And if the vulgar and malignant crowd

misunderstand the love with which we’re blessed

it’s worth is not affected in the least

our faith and honest love can still be proud.”

Oscar Wilde:  “We are all in the gutter, but some of us are looking at the stars.” 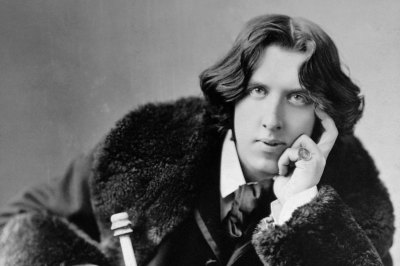 The separation of spirit and flesh has gone so far that it has produced a materialist civilisation that threatens the future of life on earth. We have lost touch with the presence of the divine in our bodies, in nature. Humanity URGENTLY needs to re-connect to the unity of life, to re-discover itself, and renew its contract with Nature. This starts right where we are, within each one of us. IN OUR BODIES.

For queer people, only so recently finding emancipation in some parts of the world, we need this renewal with nature as much as any other part of the human family. Cities have served us well as places to find each other, build strength in numbers and develop community, but cities are also where we lose balance, where life spins out of control, where drugs destroy our gay dreams. Nature can restore us, as many radical faeries the world over will testify. In our nature sanctuaries we find healing, love, sister and brotherhood; we recharge and find out more about who we are, bringing this light and power back into the world, becoming the change…

WE ARE READY FOR THE RECONNECTION, THE RECLAIMING, THE REUNION OF MIND, BODY AND SPIRIT. 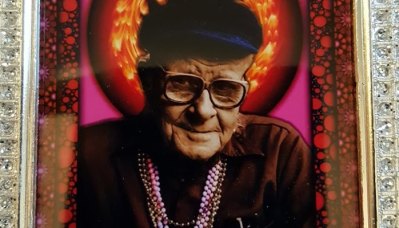 Harry Hay, one of the Radical Faerie fathers: “Our beautiful lovely sexuality is the gateway to spirit. Under all organised religions of the past, Judaism, Christianity, Islam, there has been a separation of carnality, or shall we say of flesh or earth or sex, and spirituality. As far as I am concerned they are all the same thing, and what we need to do as faeries is to tie it all back together again.”

THIS IS ONE PLACE ARE DOING JUST THAT: