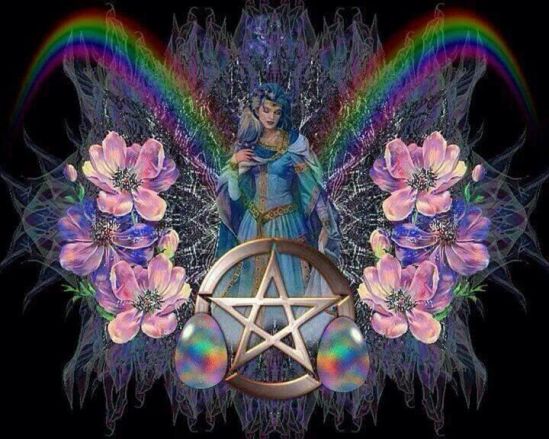 The New Moon in Libra kicks off the first moon month of Autumn, it is the point at which Nature completes the equinoctial gear shift out of Summer that began when the Sun entered the sign of the scales, bringing energy of balance as we move into the darker half of the year.  This period of balancing is so crucial, and so fundamental to our experience here on planet Earth that it has long been marked by religions via a 9-10 day period of rituals, remembrance, reflection and thanksgiving.

To the Hindus this is the time of Navratri, a 9 day festival of the great goddess Durga, a precursor and preparation for Diwali, the Festival of Light, soon to come.  For Judaism and Islam this new moon is such a potent turning point it is regarded as the New Year and is marked by 10 days of introspection, mourning, the ‘weighing up’ of the ‘good’ and ‘bad’ deeds of the year – for Jews this leads to Yom Kippur, the day of Atonement.  Christianity no longer adheres to the Moon cycles (except for the Easter festival), but enters into a time of thanksgiving for the harvest and the good things in life.

This is a period when the sudden change in nature affects us deeply.  A time when many in the modern world will feel battered by life’s trials, weighed down by fatigue as they resist the inward pull, and the pull to balance the self on all levels.  This part of the spiritual process, which is as necessary for us to undergo as it is for nature herself in order to be ready for the winter and the renewal it will bring, is missing for most people.  The religious ceremonies of this time serve a purpose… they help to bind us together, to unite our hearts and minds with the divine streams of consciousness – and so guide us through this transition.

We do not need to be part of established religion to access this grace and guidance.  The Goddess is easily found on the inner planes, and always waiting to hear our prayers and connect to us.

Good spiritual practice brings us to remembrance of our innate oneness with All That Is… we are invited by Nature at this time to let go of our fears, express our tears and prepare ourselves for rebirth into a greater, brighter and more miraculous version of Who We Are. Samhain is coming – time of the Ancestors, time when the veils are thin, time of death and rebirth – death of the little self, the frightened self and birth of the cosmic part of the soul, the eternal part of the Self, into our lives right here, right now.  The more fear and sorrow we can release from our energy bodies at this time the more LOVE can get in, the more we will grow and thrive during the months to come.

In Hinduism the start of both Spring and of Autumn are seen as auspicious times to worship the divine feminine, and the first New Moon of the later season kicks off a 9 day period of Goddess worship, dedicated to Durga, the Devi, Mother Goddess…. .  She is worshipped through dance, song and ceremony, but also by turning within – this can be a period of introspection, self-nurture and regeneration, which brings strength and vitality for the season ahead.  Durga is celebrated in 9 forms over the days.  The forms, as described on artoflving.org,  are:

Shailaputri. Shaila means stone, and putri means daughter. Praying to this aspect of Mother Divine brings strength (like a stone). It brings commitment. When the mind is wavering, chanting the name of this Devi Shailaputri helps the mind to be centered and committed. It gives us strength, courage, and composure.

Chandraghanta. This form of Devi is depicted as wearing a bell-like ornament in the shape of the moon. The moon is connected with the mind, and the Ghanta (or the bell) is an instrument connected with alertness. The ringing of the bell brings the mind to the present moment. Just as the moon waxes and wanes, the mind also wavers. Chanting the name of this Devi brings the mind in our control with increased alertness.

Kushmanda means pumpkin. A pumpkin has many seeds and each seed contains the potential for many more pumpkins. This is representative of the creative power and its eternal nature. The whole creation is like a pumpkin. As Kushmanda, the Devi contains the entire creation within her. She is the Devi who can give you the highest prana (creative energy).

Skandamata is the mother of Skanda or Subramanya (Lord Karthikeya). She is depicted as riding a lion with the baby Skanda on her lap. This signifies courage and compassion. The lion signifies courage, while Mother Divine is the embodiment of compassion.

Kathyayini represents the nurturing aspect of the Divine Mother. She embodies the values of sharing and caring. She signifies the finer qualities of being in a relationship. The ultimate relationship is the union with oneself (soul).

Kaala is time. Time consumes everything in creation, and time is a witness to everything as well. Ratri means deep rest, absolute rest at the level of the body, mind and soul. Without rest, how can you be bright? Kaalaratri represents the deepest rest so that you can attain dynamism.

Gaura varna means white color. White represents purity. Purity comes out of innocence. Maha Gauri is the combination of brilliance and innocence. Gau also means knowledge. When we pray to Maha Gauri, she gives you the wisdom that is the elixir of life.

Siddhidhatri is the one who gives all the siddhis. Siddhi means perfection. When you want something, and if before the want arises it is available to you, that is called Siddhi (when you receive before you even feel the need, and when you receive more than what you need). A sadhak or seeker will get many siddhis on the path. However, if you misuse or run behind them, they will be lost. Siddhidhatri fulfills all desires and bestows powers naturally. Perfection and enlightenment are the gifts of Siddhidhatri.

In the western astrological, calendar we are now in the month of Libra, a sign ruled by the feminine energy of Venus, heading towards the deep, magical time of Samhain, when the Crone or Grandmother aspect of the Goddess moves into the centre of the picture.  As we move out of the heights of Summer nature is offering us a time to attune deeply to the divine feminine, as experienced through the moon and seasonal cycles, found within our own souls and, also, there to be shared with those we love.

In the Celtic Tree Calendar at New Moon we enter the month of the Ivy Moon….

Ivy reminds us of the movement of the heavens and the way this is reflected on earth. It has the ability to bind all things together. It can wander freely, linking tree to tree, or form dense thickets that block out the light and restrict passage. Ivy brings shelter or overwhelming darkness and reminds us that where there is life, there is also death. Ivy represents the wandering of the soul in its search for enlightenment and it carries a warning to be sure of the direction of your desires so that you avoid being ensnared by them. 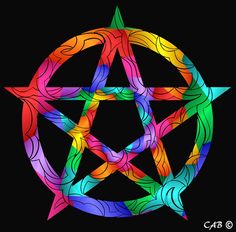