The second decade of the 21st century is ending with a reflective and profound line up of cosmic energies. Winter Solstice moment occurs at 4:20am on Sunday 22nd December (guess for some that’s all I need to say :-)) – at that time the Sun enters Capricorn (joining the gang of the solar system’s big players Jupiter, Saturn and Pluto) and the Moon will be in Scorpio, the sign of endings, death and rebirth, and life’s mysteries. The underlying water elemental energy of the Autumn season gives way to the earth season Winter, when the land is still, nature rests, and we too are pulled more into our bodies, into an inner focus, healing, rest and hibernation.

At the Solstice we can affirm a positive mind-view within ourselves to welcome this inner Winter journey and the healing potential it offers. Just as the Sun appears to ‘stand still’ in the sky at Solstice (ie rise and set at same place each day as the earth’s axis tilts), we can take some time to be still, make personal retreat, reflect and meditate, to feel the seasonal shift, some stillness coming as a relief perhaps after all the emotional shedding of the Autumn. It’s also a good moment to come out of the hibernatory nest to see other people and together celebrate in some way the return of the light that the Solstice brings. Although the cold Winter starts here, the amount of sunlight we receive each day will start to increase again now. Raising some energy, or simply a glass, with others at this time, and acknowledging the greater mystery that holds and sustains us in this life is a powerful and effective way to feed the body, mind and soul with positive frequencies.

For at least 7000 years humans have appreciated the cosmic importance of the Winter Solstice. The master builders of the Stone Age took great efforts to establish monuments aligned to the planetary cycle. From the Orkneys to Stonehenge, the inhabitants of Britain in the 4th millennium BCE were obsessed with building sacred burial sites, henges and stone circles. The entrance to the grand tomb at Newgrange in Ireland, which is older than Stonehenge and the Egyptian pyramids, was aligned so that the inner chamber would be flooded by the Winter Solstice morning sunlight. The building of stone monuments on the British islands was at its peak around 3000 BCE, a few centuries before the Epyptian pyramid building took off. These ancient ancestors were not dumb cave men, they had developed sophisticated cultures (as archaeological discoveries eg in the Orkney Islands continue to reveal). As the power and significance of the Solstices, and the healing benefits of attuning ourselves to Nature’s annual cycle, come more into our modern awareness, it seems to me these ancestors left us solid symbolic messages recorded in rock – letting us know that they, once, sensed their place in the cosmic whole and left these solid signs for us to read and understand again – so that we might rise out of the darkness and ignorance that has dominated the planet for so long, and regain our innate cosmic human soul awareness. Through attuning ourselves to the planet’s seasonal shifts we can, using our own individual consciousness, reconnect the sacred hoop of life on planet earth – reconnect us all to the invisible realms, the spirit dimensions and the higher purpose of our existence here. We raise the frequencies of life and this has a ripple-out effect, because all consciousness is interconnected.

Solstice leads us into a Dark Moon Christmas, making it a perfect time to get cosy, comfortable and quiet, enjoy the arriving Winter vibrations. 24-25th Moon in Sagittarius is ideal for the sacred and the social focus of the festival, then on Boxing Day the New Moon in Capricorn will start to kick in. This new moon brings an annular eclipse, visible in Asia – this kind of eclipse occurs when moon’s distance from the earth is such that it does not totally obscure the sun, but leaves a ring of light visible – called an annulus. 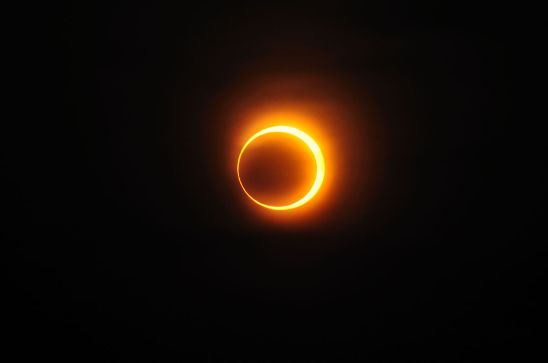 “On a Solar Eclipse, a new doorway is opened that helps to push and advance us further on our soul path.

“Under the energy of the December Solar Eclipse, we are going to be shown a new path. A new way is going to unfold. This new way may appear subtle at first. Perhaps it will begin as a new thought or a new feeling, and then slowly it will shift into taking a new action.

“It’s almost like this Eclipse opens a new stream of energy which we can take and download into our lives.

“We may find that this new doorway changes what we desire or makes way for new intentions we wouldn’t have considered earlier.

“There is also strong energy around this Eclipse that is calling on us to transcend childhood patterns or unleash our inner child.

“We may experience a healing on an inner-child level, or we may discover that we no longer need to hold onto patterns or traumas that we have collected through our upbringing.

“Alternatively, we may discover that we need to stop taking everything so seriously, to lighten up, and to bring the energy of child-like play back into our lives.” https://foreverconscious.com/intuitive-astrology-december-solar-eclipse-2019

The solar eclipse and new moon open up an ideal time for intention and goal setting, with so much Capricorn energy in the atmosphere, they may well be pretty ambitious. We are preparing ourselves for a new decade, one in which CONSCIOUSNESS, LOVE, LIGHT and SPIRIT are going to continue to move towards the centre stage of our human cosmic drama.

The decade ends on 31st December under a Pisces Moon, waxing now and for some feeding nicely the urge to party or otherwise touch some form of self-transcendence, while others will be drawn more to the cosmic cave. Whenever the moon is in Pisces, compassion is the key to communication and community.  The Moon starts a new cycle of the zodiac on 2nd January when it reaches Aries, giving us a shot of independent, creative fire spirit to get moving into the new year and the 2020s.

2020 is a year of powerful cosmic alignments, starting with the Saturn-Pluto conjunction on January 12th. Astrologers are saying that this is bringing to light the startling awareness of the chaos humanity has created on the planet and the urgency of looking deeply at ourselves and changing some of our ways.

This Yule period as the 2010s end is the moment to get some rest and reflection, to take stock, release what has gone before and dream/vision and set goals for the future.