In the beginning was only Being

One without a second

Out of himself he brought forth the cosmos

And entered into everything in it.

There is nothing that did not come from him

Of everything he is the innermost Self.

He is the truth, he is the Self supreme 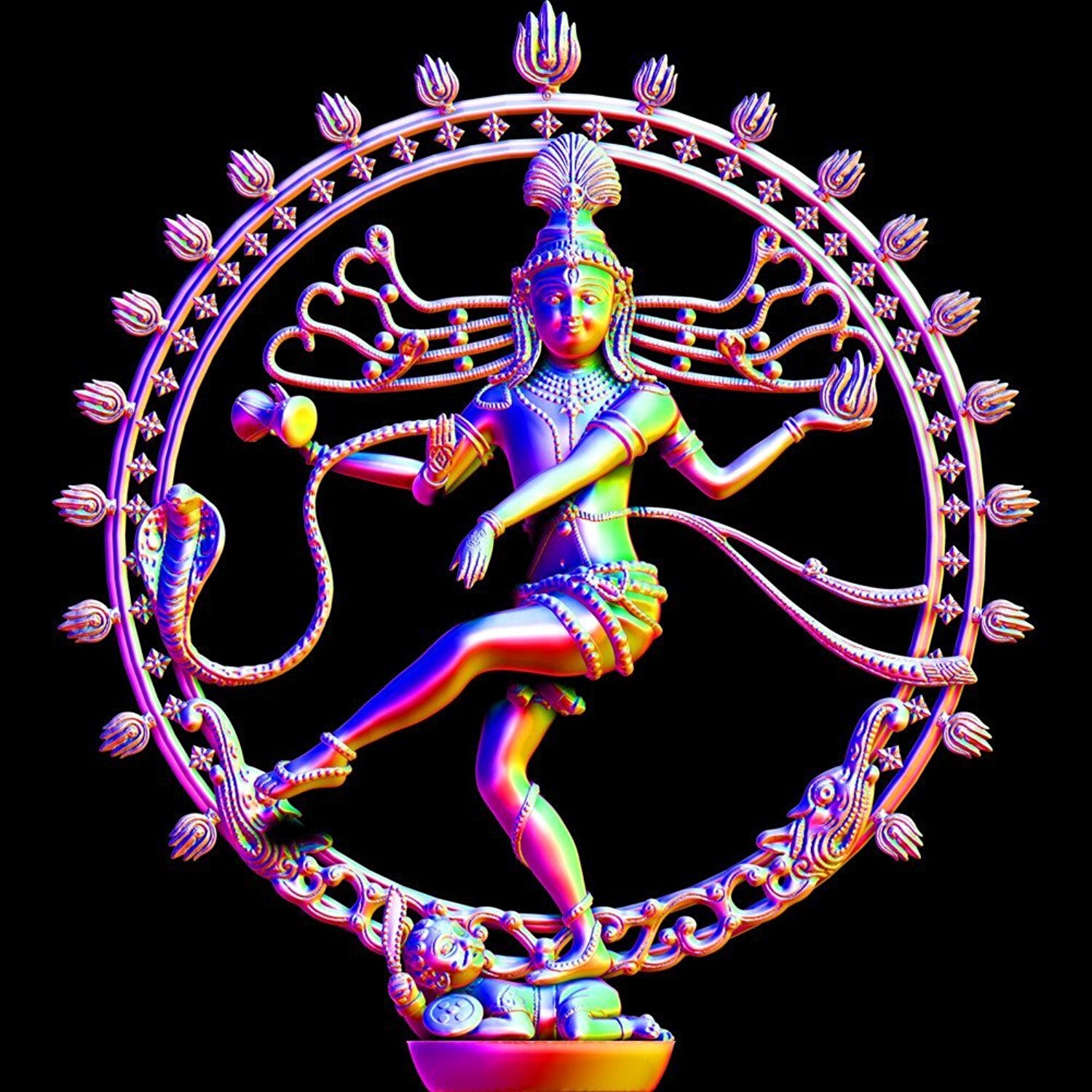 Those in need of light considering,

Thee, the Single One, as many, 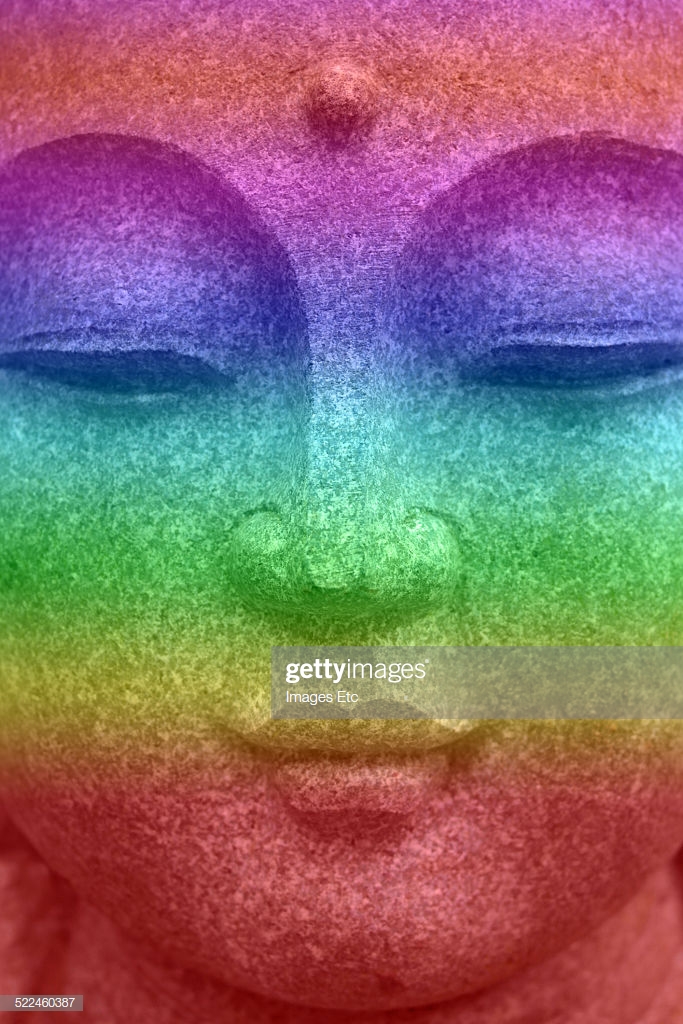 the source and substance of all,

creates in this world

flows naturally from the essence of God’s divine nature…

Creation is the extension of God

Creation is God encountered in time and space.

Creation is the infinite in the garb of the finite

The distinction between the persons does not impair the oneness of nature, nor does the shared unity of essence lead to a confusion between the distinctive characteristics of the persons. Do not be surprised that we should speak of the Godhead as being at the same time both unified and differentiated. Using riddles, as it were, we envisage a strange and paradoxical diversity-in-unity and unity-in-diversity.

Leave the senses and the workings of the intellect, and all that the sense and the intellect can perceive, and all that is not and that is, and through unknowing reach out, so far as this is possible, toward Oneness with him who is beyond all being and knowledge. In this way, through an uncompromising, absolute and pure detachment from yourself and all things and released from all, you will be lead upwards toward that radiance of the divine darkness which is beyond all being. 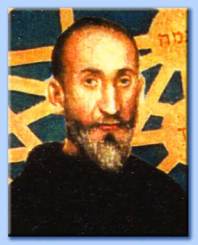 God is unified Oneness.. one without two, inestimable. Genuine divine existence engenders the existence of all creation. The sublime, inner essences secretly constitute a chain linking everything from the highest to the lowest, extending from the upper pool to the edge of the universe. 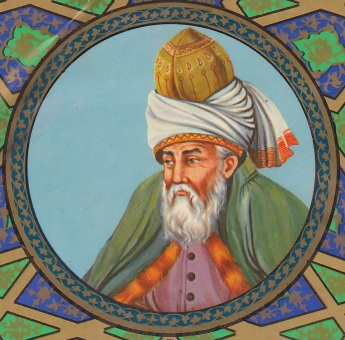 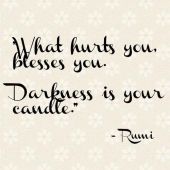 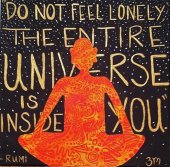 You hide me in your cloak of Nothingness

Reflect my ghost in your glass of Being

I am nothing, yet appear: transparent dream

Where your Eternity briefly trembles

No heaven or earth, just this mysterious place

We walk in dazedly, where being here

Or there, in time or not, are only

“Though we seem to be sleeping, there is an inner wakefulness that directs the dream, and will eventually startle us back to the truth of who we are.”

Christian mystic Catherine of Sienna, C14: Until Your Own Dawn 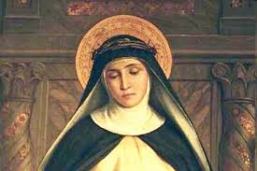 Daybreak:
everything in this world is a luminous divine dream
I have spun.

I did not know life was a fabric woven by my soul.
Any form that can appear to you—should I confess this?—
it is something I made.
All roots nurse
from
me.

God’s art is mine. I did not want His divine talent.
It simply grew in my heart from
the way I
loved.

Existence is as a young child moving through
a lane at night;

it wanted to
hold my
hand.

Here, dear earth, hold me,
until your own
dawn. 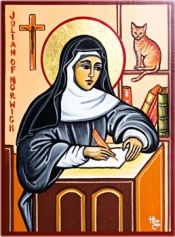 Therefore this is His thirst and love-longing, to have us altogether whole in Him, to His bliss,—as.
. 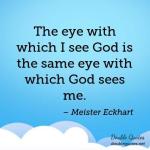 A master says whoever speaks of God in any likeness, speaks impurely of Him. But to speak of God with nothing is to speak of Him correctly. When the soul is unified and there enters into total abnegation, then she finds God as in Nothing. We must take God as mode without mode, and essence without essence, for He has no modes. 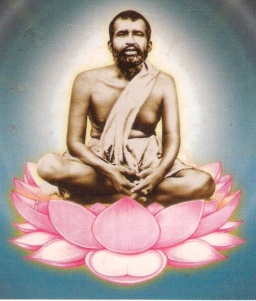 No-one can say with finality that God is only “this” and nothing else. He is formless and again he has forms. For the bhakta (follower of path of devotion) he assumes forms. But he is formless for the jnani (follower of the path of knowledge), that is for him who looks upon the world as a mere dream… The jnani realises Brahman in his own consciousness. He cannot describe what Brahman is.

God can be realized through all paths. All religions are true. The important thing is to reach the roof. You can reach it by stone stairs or by wooden stairs or by bamboo steps or by a rope. You can also climb up by a bamboo pole.

We are arriving at one of the most fruitful and important turning points in the history of the race. The Self is entering into relation with the Body. For, that the individual should conceive and know himself, not as a toy and chance-product of his own bodily heredity, but as identified and continuous with the Eternal Self of which his body is a manifestation, is indeed to begin a new life and to enter a hitherto undreamed world of possibilities….

Up till now what Nature has achieved was an enlarging of the bounds of our surface Knowledge-Ignorance, what it attempted in the spiritual endeavour is to abolish the Ignorance, to go inward and discover the soul and to become united in consciousness with God and with all existence. 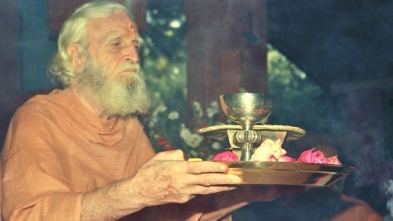 The one Word has gone out of itself, has reflected itself in this ocean of matter, the one Spirit is at work with its infinite energy, building up this matter in time… Here all is one, united in a simple vision of being. All the long evolution of matter and man, all my own history from the first moment that I became a living cell, all the stages of my consciousness and that of all human beings, is here recapitulated, brought to a point, and I know myself as the Self of all, the one Word eternally spoken in time. 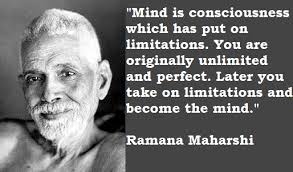 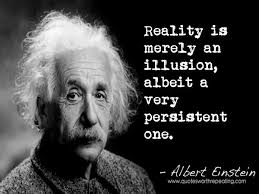 A human being is part of a whole, called by us ‘the Universe’, a part limited in time and space. He experiences himself, his thoughts and feelings, as something separated from the rest – a kind of optical delusion of his consciousness. This delusion is a kind of prison for us, restricting us to our personal desires and to affection for a few person nearest us. Our task must be to free ourselves from this prison by widening out circles of compassion to embrace all living creatures and the whole of nature in its beauty. 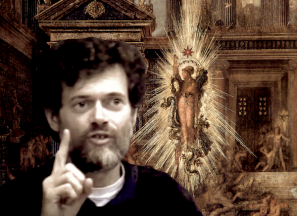 What we call history is the fall out of the dynamic here and now relationship with our environment and into this anticipation of the future, worry about the past – basically ego.

Western civilization is a loaded gun pointed at the head of this planet.

You are a divine being. You matter, you count. You come from realms of unimaginable power and light, and you will return to those realms 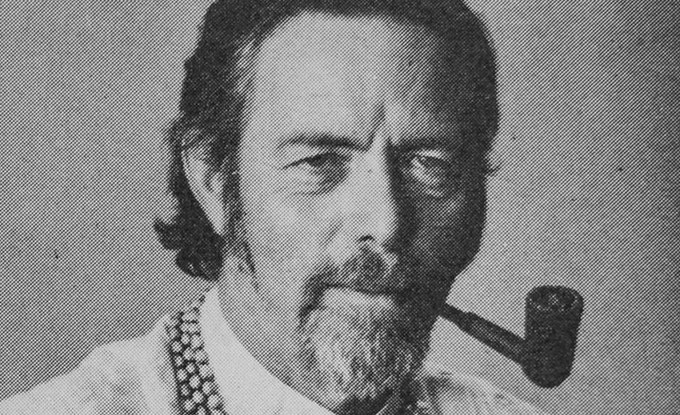 “If you awaken from this illusion, and you understand that black implies white, self implies other, life implies death — or shall I say, death implies life — you can conceive yourself. Not conceive, but feel yourself, not as a stranger in the world, not as someone here on sufferance, on probation, not as something that has arrived here by fluke, but you can begin to feel your own existence as absolutely fundamental. What you are basically, deep, deep down, far, far in, is simply the fabric and structure of existence itself. So, say in Hindu mythology, they say that the world is the drama of God. God is not something in Hindu mythology with a white beard that sits on a throne, that has royal prerogatives. God in Indian mythology is the self, Satcitananda. Which means sat, that which is, chit, that which is consciousness; that which is ananda is bliss. In other words, what exists, reality itself is gorgeous, it is the fullness of total joy.” 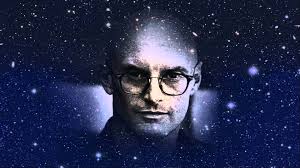 Evolution is best thought of as Spirit-in-Action, God-in-the-Making, where Spirit unfolds itself at every stage of development, thus manifesting more of itself and realising more of itself, at every unfolding.

Amma, the Mother of Immortal Bliss:

“God is Love”, said Jesus. “Love makes the world go round”, they sang in the 1960s. Rumi wrote that “Love is our Mother”. Love is certainly a ‘many splendoured thing’, and according to the world’s mystical seers, the force that makes the universe work. Everything in existence seems drawn instinctively to form union with something else. We can say that love is at work everywhere, driving our urge to reproduce, to have fun, to find companions on this life journey. It might be that the One split into the Many for Creation to happen and the mission of the Many is to return to the One. This is what the deep thinking, inner focussed, mystics from every religion, from every part of the globe, have been telling us for thousands of years. Humanity is slow to listen because of our investment in our own personal, individual egos. To switch to a view that recognises the Self in us is the Self in all beings changes everything – our egos dissolve into insignificance, our efforts to dominate or destroy each other are revealed as damage we our doing to ourselves.

Mystic voices throughout time in every culture have left us the signs we need to find the way home… and are still speaking in the world today: 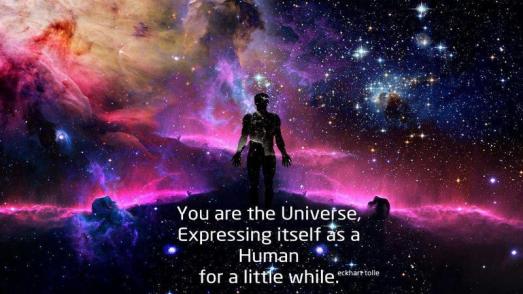